And, of course, I decided to pick a bookish topic that’s near and dear to my heart (but really shouldn’t be) – book blogger envy and how we all deal with it.

I’m sure at one point or another, we all have been jealous of someone else’s book blog or book Twitter account or their bookstagram account or just them as a human being because they just seem to have it all. Said blogger gets all the comments, has all bloggers you admire following them, has a large following on literally all their social media accounts, has the perfect charm and blogger voice, gets to attend all the cool blogging events, is friends with all the authors, and gets the best ARCs. And even though you’re extremely happy for said blogger or you admire said blogger or said blogger is the one that inspires you in the first place, you still can’t help finding yourself extremely envious of all that they have.

I probably experience this, like, three times a day? Maybe four?

But, seriously, I envy and admire so many awesome bloggers, some who pushed and inspired me to start my own little blog in the first place. And it’s not even a vicious sort of jealousy where I don’t think they deserve the things said blogger has, because they definitely do. It’s the sort of jealousy that sometimes makes me feel a little bad about myself. Even if I’m proud of my posts and I get a lot of likes and comments and I get a crazy good amount of page views sometimes or I see all the strides I’ve made, and I haven’t even reached six months yet, I can still get down on myself sometimes, because I’m just not like them. I don’t get those coveted ARCs that I would absolutely die for, a post I was excited about doesn’t do too well, or it just feels like everything is moving so slowly regarding the entire blogging process, even if I work super hard to make it there.

I think the most frustrating jealousy I have is towards people who just get into it so quickly. You know, those people who start around the same time you do, or in a lesser time, and manage to be more successful in terms of posts and stats and followers – and this goes for more bookstagram and blogging, because nothing can be more frustrating then feeling like you’re moving forward, but then seeing someone get to 100 Instagram followers within a matter of weeks while you’re still stuck on 82, and it’s been months, or if some other blogger that started only a month ago already has over 100+ followers and a consistent following, and you’re barely getting views at all, and you’ve been around for four months. I think that’s the most trying, because at least with big bloggers, you can just rub it off by saying they’ve been around for years, so of course they’re doing better, but with someone that’s been doing the same thing around the same time as you, but still being more successful is what hurts the most. 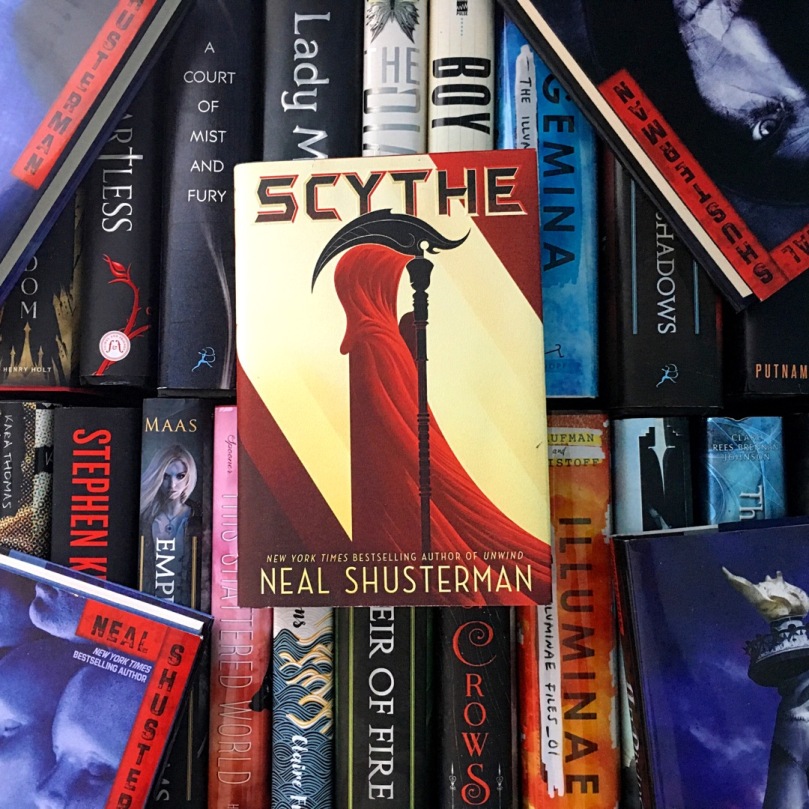 Honestly, I won’t pretend like I have a solution to this.

I’m approaching my six month blogiversary, and I still can’t really figure out how to stop being jealous of other bloggers, or even how to quell my own jealousy, but that’s never stopped me from giving tips anyway, has it?

1. Observe what they do. I mean, even if we love that person’s blog, really, when we admire someone, we’re also sort of learning from them, in a way. I’m not going to say to start copying their blogger voice or all the blog posts/general ideas, because that sort of borders on plagiarism, but there’s definitely nothing wrong with seeing how they interact with other people or where they draw their inspiration from or what they’re doing that attracts readers and a huge following. Because, clearly, they’re dong something right. I do it all the time, which is my blog is not a catastrophic mess right now. #Facts

2. Remember that said blogger probably had to work hard, and so will you. When I envy big bloggers for what they have, I have to step back and realize that they didn’t reach their achievements from absolutely nowhere. That person probably worked hard, probably for years, to get where they are today. It always reassures me to know that maybe if I work as hard as they did, that maybe I can be at their level someday.

3. Be proud of your own achievements. Look at your own stats. Look at the blogger friends you’ve made. Look at your comments and followers across the board. Look at all the mini achievements you’ve reached. Be proud of that. You did that. You reached those rewards. You work hard. Even if some days or months or weeks just might not be yours regarding stats or follower counts or whatever, just remember that if you’re proud of what you’ve done, really, that’s what should matter the most.

4. Work hard. Let that jealousy you have push you to strive for greatness. Help it to improve your blog posts or maybe push you to brainstorm some better ones. I know that when I had lacking content back in January where all I did was tags and reviews, I looked to all my favorite blogs for inspiration and brainstormed a large majority of the ideas I have now. Those posts I made are what pushed me to churn out content that people actually enjoyed reading, and I enjoyed writing. Seeing all these gorgeous photos on bookstagram is what pushed me to re-start my own account and what finally got me to get creative and think up my own photo ideas  (and then eventually move on to include bookish photography)!

5. Know that everyone feels this way. I mean, I’m not going to claim I know for sure, but I truly believe that even big bloggers are jealous of some other bloggers. And just know that there’s probably someone out there that’s as jealous of your book blog just like you might be jealous of someone else’s. So don’t feel bad for ever feeling jealous, because I honestly think that we all suffer from it, and we all will no matter what.

And, yes, jealousy will still prevail.

I know it does for me, and I like to think of myself as lucky, because all the things I have now regarding blogging, I definitely didn’t think I’d get in a year, nevertheless in five months. I’m incredibly thankful for what I have, and I’d like to take a moment to thank all of you who follow me or read my posts or comment on them. It means the world to me; it really does. But, hopefully, we can all get a little bit better at it.

How do you deal with book blogger envy? And what are some of your favorite blogs that inspire you or you draw brainstorm from?